Landform is located on the 5th floor of the historic Crown Roller Mill Building in the West Side Milling District in downtown Minneapolis. With fantastic views of the Mississippi River, our work space is bright, colorful and inviting; a perfect environment for collaboration and creative problem-solving. 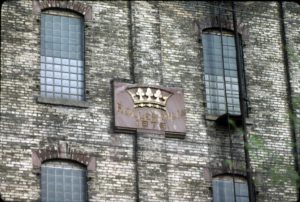 The Crown Roller Mill is historically significant for its unusual architectural detailing and close association with Minneapolis’ “West Side Milling District.” Begun in 1879 and completed in 1880, the Crown was one in a series of flour mills built on the West Side during the 1870s. The new structure was among the largest of these mills, and one of the first to utilize rollers and the gradual-reduction milling process on a large scale. While most flour mills were plain, utilitarian structures, the Crown was unique for its full mansard roof, segmental arched windows, ornamental date and name plaque, and other architectural details.

The Crown and other West Side mills helped establish Minneapolis as the flouring capital of the United States from 1880 to 1930. Due to widespread mill closures in the 1930s, the Crown Roller Mill is currently one of only four West Side flour mills still standing. In 1971, the Minnesota State Historic Preservation Office of the Minnesota Historical Society nominated the structure to the National Register of Historic Places as part of the St. Anthony Falls Historic District.

Standard Milling used the Crown Mill as a warehouse until it sold the building in the late 1950s. Until the mid-1970s, the Crown was used for warehouse and light industrial purposes. In 1971, the Minnesota Historic Preservation Office of the Minnesota Historical Society recognized the mill’s historical significance by naming it a contributing property in the St. Anthony Falls Historic District. By that time, due to the widespread abandonment of the West Side Milling District, the Crown was one of only four flour mills still standing which dated to the district’s heyday as the flouring capital of the United States. 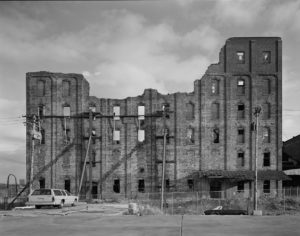 In 1981, the Hayber Development Group of Minneapolis acquired the Crown and several other properties in the West Side Milling District as part of the so-called “Block 10” redevelopment project. In light of the structure’s historical significance, the developer, City Council, and SHPO entered into a Memorandum of Agreement stipulating that the Crown Roller Mill be recorded according to “Level II Standards” of the Historic American Engineering Record/Historic American Buildings Survey of the National Park Service.

In the late 1970s and early 1980s, several developers proposed to renovate the Crown Roller Mill for use as luxury apartments. These plans received a serious setback on the night of October 21, 1983, when a fire completely gutted the building and left only the exterior walls standing. Owing to the structure’s instability, the Minneapolis City Council initially decided to demolish the mill. However, under pressure from area preservationists and faced with high demolition costs, the Council eventually agreed to shore-up the structure. 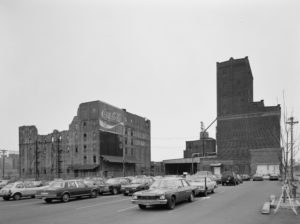 In October 1985, large-format photographs were taken to document the condition of the mill prior to reconstruction. The developers then removed debris from the mill’s interior. Renovation work began in 1987. Using new brick to match the original, collapsed portions of the exterior walls were rebuilt, and a new standing-seam, copper-clad mansard roof with pedimented, gable dormers was constructed. Other changes included new window openings in the south facade, installation of new metal sashes in existing window openings, and the creation of a new primary entrance in the west facade. During remodeling, the mill’s 1914 turbines were discovered intact in their wheel pits. One turbine was removed so that the wheel pit and tailrace could be used as a storm sewer. The other turbine was preserved in its wheel pit. The Crown Mill and its 1908 boiler house are currently used as office space 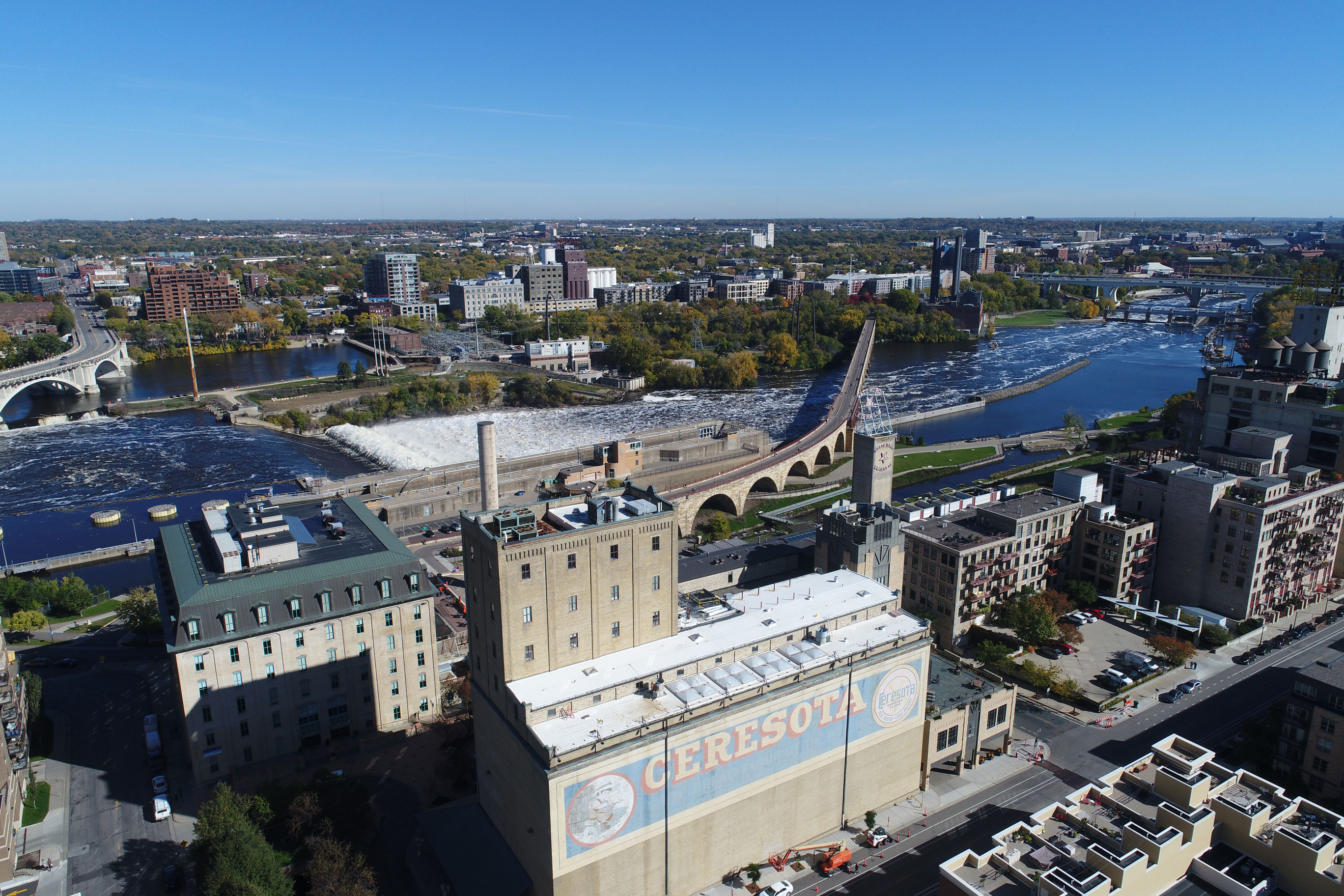